The world did not end

spoiler alert : a reviewer’s warning that a plot spoiler is about to be revealed.

I had the honor of standing before friends sharing my story on the afternoon of Sunday, March 18, 2018. The event was held at Parnassus Books in Green Hills and once again, the crowd was standing room only. An estimated 70-plus audience greeted me warmly and laughed and cried at the words that I spoke.

It was the official launch for my second book, Songs from an Imperfect Life… a memoir of family secrets, hidden sins and growing up gay in 1960s Nashville. 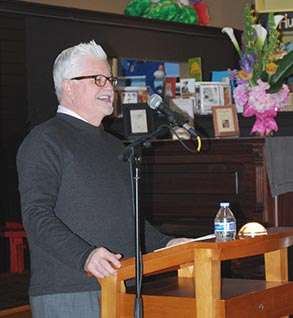 My childhood friend, aka Donna “The Prom Date,” flew in from San Diego to introduce me. She had come the previous year straight from the Women’s March in Washington to attend my first book launch. Then she returned in October to be there as I spoke for the Southern Festival of Books. Other friends had altered their travel plans to attend – one of which had returned from Asia to be there to lend her support.

I looked into the crowd and saw many familiar faces. There were friends from elementary and high school as well as, college friends. A few from church were sprinkled in with customers and artists from my gallery. There were several that I did not know but had been following me on Facebook or my weekly blog.

I loved being able to play my recording of Belle Meade Proper and have the audience laugh and then join me as we sang the last chorus together. I appreciated how they listened intently to the intimate details of my life and were respectful with their questions. It was an amazing afternoon and I could not have been more pleased.

The morning after my author talk, I woke with trepidation. I was more nervous than ever because of the realization that my story was now out there. Texts were coming in from friends saying that they were one third to halfway through the book. Others finished it overnight and had sent me encouraging messages saying that they thought I was brave and that they still loved me. A mid-morning call from a dear friend (spoiler alert) shared that after reading about my shoplifting episode she found me infinitely more interesting. 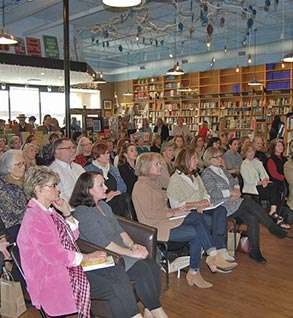 A new acquaintance had purchased both books and by Tuesday morning had not only read each but stopped by my work place to discuss. Several friends that had also finished reading offered positive reviews on either my Amazon or Goodreads book page. Comments like “I couldn’t put it down” and “I wanted to know more” have left me feeling like it’s all going to be okay. I have bared my soul and the world did not end.

At this point, counting those that helped with the book along with those that have already contacted me after reading, I would estimate that a few dozen people now know my story. Several have mentioned different things that stood out to them within my book but only one has commented (spoiler alert)  about my attempted suicide at age sixteen. He said it moved him to tears. No one else has mentioned that aspect of my story to me. I would imagine that many are unsure of what to say as there is no way to make light of something so serious. For me, it’s the saddest confession in my book. A time where I felt overwhelmed, out of place, desperate and alone. A time where I thought my life was worthless – where the only solution that I could think of to alleviate my pain was to end my life. I am grateful that I did not have the courage to succeed.