Memories Of My Dad…

Riding down the highway as a teenager with my dad, I remember when he pointed off to the side of the road and asked “Did you know a man died in that silo over there?” Curious, I shook my head encouraging him to continue. “Yep, he ran himself to death trying to find a corner to pee in.” I’m pretty sure that I did my best teenage groan and rolling of the eyes in response. 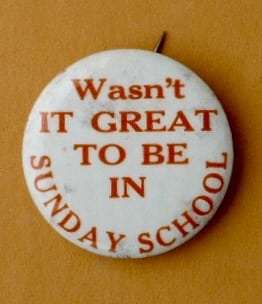 My dad could be funny, silly, sarcastic, snarky and at times, have a vicious tongue – qualities I appreciate and clearly inherited from him. He could be the life of the party and sometimes, cross the line as if it never existed causing my mother to sternly say “Bob.”

He was full of “dadisms” which I find myself remembering and even catching myself using on occasion. Things like, whenever I’d be a klutz, he’d say “You could break an anvil with a feather.” Or when I’d sneeze “Why don’t you save that and throw your head away?” Or his definition of someone with a PhD was “Piled higher and deeper.”

For many years my dad was the superintendent of the Intermediate (teenage) Sunday School department at church. Although I was not old enough to be in his department in 1962, I remember some of the older boys hung black fabric in a makeshift memorial that August when Marilyn Monroe died. My dad had to walk the thin line of being amused and being stern in chastising them for inappropriate behavior in church. Of course, he enjoyed telling that story for years to come.

Another funny Sunday School-related story came when he called out and welcomed visitors to the department. One morning he welcomed Glen Dale. He called the name a couple of times but Glen Dale never stood up. Finally he realized that the visitor’s name was actually Richard Brown who happened to live on Glendale Lane. He took the good-natured teasing he received in stride. And his favorite way to end those Sunday mornings was to shout “Wasn’t it great to be in Sunday School.” In fact, he even had buttons with that saying made for all of the kids to wear. I still have mine.

Speaking of morning, at home my dad was the morning person in our house and would bust into my room and waken me by singing “Oh, what a beautiful morning” from the musical Oklahoma. And being a morning person, he often made breakfast for my mother and me. I remember him making pancakes in the shape of an airplane when we were about to head to the airport for a trip. He also liked to be creative and one morning added, to disastrous effect, vanilla to scrambled eggs. Fortunately, he did not try that again.

I’ve mentioned before how I stood for hours at the funeral home when my dad passed away as people from all walks of life shook my hand, offered a hug and told me a “Bob” story. He had helped so many people through the years. For instance, a friend who worked with us at the Mistletoe Shop was desperately wanting to buy a home and was bidding against someone else. She had been waiting and hoping to hear the good news. However, since this was before cell phones, the call came into the shop when she was not there. She had taken her daughter to Murfreesboro for a conference and the realtor needed an answer immediately. My dad got into his car and drove to Murfreesboro and tracked her down so that she could respond to the realtor and ultimately was able to buy the home she had desperately wanted. Thoughtful, kind, considerate and a rascal.

On another road trip my dad asked me “Do you know where Duck’s point is? He then held up his hand and with a space of a couple of inches between his thumb and his index finger, he said “about this far from duck’s fanny.” Groan.