The gospel according to Chubby

Several years ago I met Jeremy and Charity Rochford during a Cherish the Night fundraising event for the non-profit organization, STARS. I am on their board and served  as “Art Chair” for the event. That meant I called in favors, begged and pleaded my case to secure works of art from my very generous artist friends. However, it was a small whimsical dog painting of mine that brought us together. The young couple kept bidding on my piece which gave me the opportunity to introduce myself. They were delightful and I was hopeful that they might be the highest bidder. However, when the auction closed, they found they had been outbid.

A few days later, Jeremy contacted me and asked if I would paint another version of that painting so that he might surprise Charity at Christmas. Of course, I was thrilled to do so and a deal was struck. Then a few days after that, Charity contacted me and asked the same thing. I did not want to give away her husband’s surprise so I told her that I’d rather not paint the same painting again and offered to do a different dog painting instead. She thought that would work and another deal was struck.

When Christmas came, they were both excited about their surprises and had no idea the real surprise would be that they both had the same idea. I became a part of their Christmas that year as each opened their present to discover a “York” painting. They praised me for my acting skills in keeping it all a secret. However, as everyone now knows with the release of Songs from an Imperfect Life, I am very good at keeping secrets.

Over the years they have shopped at my gallery and continued to attend the annual Cherish the Night event. They have even added several more “York” paintings to their collection as well as, works from other artist friends. Their family of three has grown into a family of four and I’m blessed to call them friends.

Jeremy, like me, is a multitasker. He is a musician, author, motivational speaker and standup comedian. He also has an amazing and inspirational back story best described from his website. “Jeremy used ‘the most embarrassing moment of my life’ to lead him on a journey in which he’s not only lost 200 lb, but he has kept it off for over a decade. This accomplishment has lead him to the TEDx stage, the front cover of Yahoo Health and the publishing of his memoir The Gospel According to Chubby.” 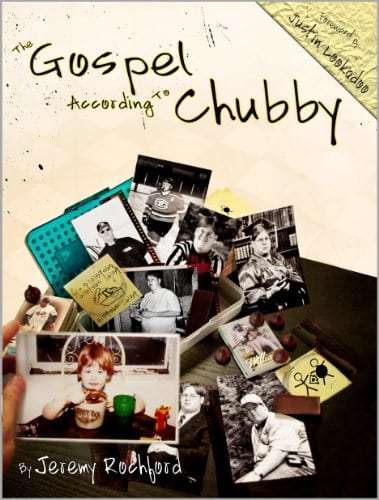 I hired Jeremy to train and motivate me to eat better and exercise. However, I have proven to be his worse client. Shortly into our workouts, I began having leg issues, arm issues, back issues. In fact, it seemed my issues began having issues, none of which I could fault Jeremy as they were work related. So many years of schlepping heavy art as well as, up and down ladders and such has taken it’s toll on my tired old body. And as far as my weight, well, I have endless excuses. Again, not his fault.

We finally reached the point where all I could comfortably do was walk. So we would walk and talk which at least helped my mental health. As an author, Jeremy listened to my discovery of the box of letters and my desire to write. He was one of the first to read the original draft for Kept in the Dark and his suggestions and insight helped me to craft the book into what you see today. And when I was not up for a walk, we’d simply meet for coffee. I treasured our time together – being able to bounce ideas off of him and share things that were going on in my life. In turn, he has continued to write and has new books on the way. I also enjoyed seeing him explore his comic side and had the chance to laugh (or groan) as he would try out his new material on me. I even had the opportunity to see him perform at Zanies Comic Night Club.

This past year our routine has been to walk followed by a coffee break. I’ve looked forward to our time together and hearing his thoughts as we exchanged ideas and insight. But that has now changed. A decision was made which has me conflicted. He and his family have moved back to their hometown. And yes, I’m happy for them but sad for me. Maybe it’s my age, but I loved our routine of walking, talking, complaining, (whining a bit) followed by a Grande in a Venti cup at Starbucks before getting on with our day.

Change is not easy for me and long distance friendships can be difficult to maintain. But I’m grateful for the influence that this man, who is half my age, has had in my life. I promise to do my best not to lose touch.