The psychic continued to reveal things that would come to pass 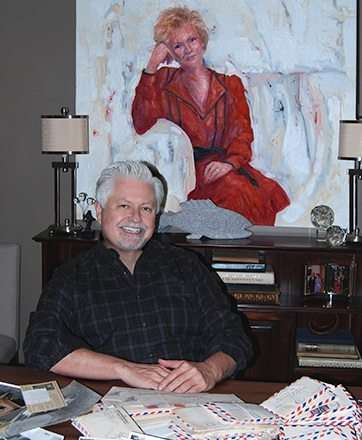 The Tarot cards showed her that there would be a woman instrumental in the writing process. She said to write down the name “Marie” but then said: “No, I’m getting the name Mary again.” I scribbled the name down on my legal pad. She felt this person would be helpful to me – that she had dealt with this subject before.

With the book written, I asked two friends to read my first draft. They came away with different perspectives. The first friend, without children, had a more anger-filled rant at what my father had done and disbelief that my mother stood by him. “He’s a monster and she’s a doormat” crushed me to the core. These were my parents she was describing. She couldn’t understand why they never told me any of this. I knew deep-down that her love for me is what sparked this rage but still it was painful. My mother was not a doormat. She loved my father and stood by him through this awful time. My father was not a monster. He was a man that made a mistake. I also knew that there was not a good way they could have told me about any of this without it changing our family dynamics. I couldn’t fault their decision. 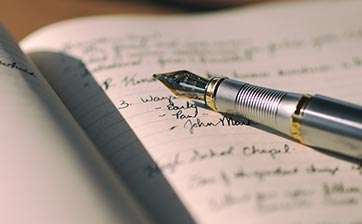 I gave my book to the second friend who has two small children. He is also a writer and came back with a totally different take. He could see the pain of my father’s actions and how hard both parents tried and succeeded in protecting me. He also made a few suggestions with my writing. By reading a few lines back to me, he made me realize that I needed to expand on the thoughts I had expressed. He also helped me see I needed a story arc and not just the reporting of facts.

I revised my writing and realized I needed someone to read the book that knew my parents. The first two friends did not. I asked a life-long friend that was raised in the same church as me. Our parents were friends and his mother and I became very close after my mother passed away. They had left the Baptist church for the Presbyterian congregation and he had gone into the ministry. His opinion mattered to me. And I knew I could trust him with my story – keeping it to himself if the book was never published.

He read it immediately and told me he viewed it in several ways. One, as someone that knew and loved my parents. Two, as someone that loved me. And three, from a historical perspective because of the collection of letters from the 1950s. His input was comforting and he encouraged me to work with an editor. When the book was ready to publish, I asked him to write the foreword. He wrote a beautiful and personal foreword as only someone that knew my parents would be able to express.