The President and the Piano Teacher 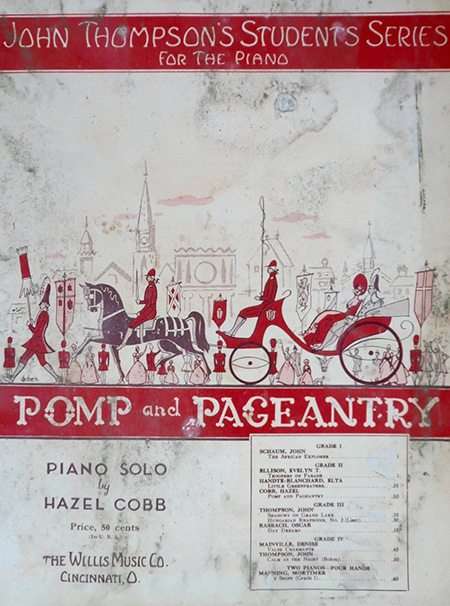 My family moved into a brand-new ranch-style home in 1957 in the West Meade area of Nashville just in time for me to start elementary school at Brookmeade. Two years later, I started taking piano lessons from a woman in our neighborhood, Miss Dovie Beams. She was young, single and beautiful – something my father commented on several times.

She rented a cabin at the top of a wooded hillside eleven-acre lot on Davidson Drive, where a Montessori school now stands. The 1930s home was unique in the midst of what would now be considered classic mid-century homes. It was small and had a paneled living area with vaulted ceiling, stone fireplace and a loft. Also downstairs could be found a kitchen, two bedrooms and one bath. It had a detached building that had one empty room that she let me, along with a classmate of mine, campout in one evening.

The reason she came to mind was a result of my recent search through my accumulation of years of sheet music and finding one of my recital pieces that I performed for a group of parents in her living room. By the early 1960s she had left Nashville behind for the bright lights of Hollywood.

I started thinking about her and wondering whatever became of her career in show business. When I googled her, I was surprised by what I found. I’d like to share her mini bio from the website IMDb (International Movie Database) along with details from Wikipedia. Seriously, I can’t make this stuff up!

“Nashville-born Dovie Leona Osborne(b. August 5, 1932), was a piano teacher before her brief tenure in B and C grade movies. Dovie’s greatest notoriety, however, would come following her 1968-1970 fling with Phillipine President Ferdinand Marcos. 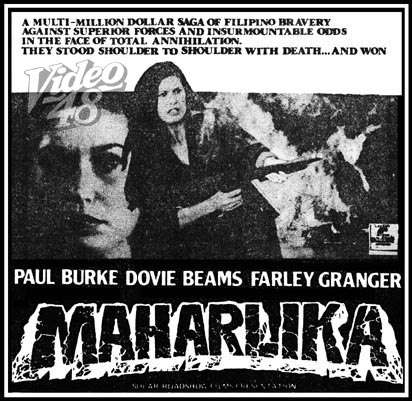 In 1970, a huge scandal hit the Philippines over the stormy break-up between then President Ferdinand Marcos and his mistress of two years, Hollywood starlet Dovie Beams. On many occasions, she had hidden a tape recorder under a bed while making love to the president. Beams had arrived in the Philippines in 1968 to shoot the film Maharlika, a movie partially funded by Marcos and meant to glorify his alleged war exploits, in which she played opposite Paul Burke as the movie’s Marcos lover. Before leaving the country, Beams held a press conference, and delighted the press and public by playing erotic recordings of herself with Marcos. According to her, she was forced to publicize her ‘love affair’ as ‘protection’ since there were many threats to her life.
The Dovie Beams tape became the ‘most intense public and private turmoil’ for Marcos. His aides likened it to the Watergate scandal. Some believed Marcos declared martial law early to silence the opposition, which was still using the Beams tape in 1972. Some said Imelda Marcos, his wife and First Lady, became more aggressive and uncontrollable in the government following the scandal. Others said the former first lady started building her domain after her husband’s relationship with Beams.

After allegedly audio-recording their sexual trysts in secret, Dovie presented the tapes to the press and divulged the affair. This ignited a scandal which shook that country to its roots for years to come, significantly damaging Marcos’ reputation, and marking Dovie as a potential assassination target. Since leaving the Phillipines in the wake of this sordid situation, Dovie’s film career has stonewalled, and she remains far from the public eye. The Beams/Marcos scandal was chronicled in Hermie Rotea’s 1983 book ‘Marcos’ Lovey Dovie,’ though controversy persists concerning the book’s factuality.

Student protesters at the University of the Philippines commandeered the campus radio station and broadcast a looped tape; soon the entire nation was listening in astonishment to President Marcos begging Dovie Beams to perform oral sex. For over a week the President’s hoarse injunctions boomed out over university loudspeakers.

In the beginning birth-control pills were banned because of their alleged harmful effects and the opposition of the Church. But Dovie told Marcos: ‘Look at me. I’ve been taking birth control pills for years and you don’t see anything wrong with me, do you?’ Thus after that they brought birth control pills into the Philippines, and now the people were free to make their own decisions regarding having or not having babies.”

In 1970 I entered Belmont College as a piano major – while in the same year, the woman that ignited my love affair with music ended her scandalous international affair with a bang!