I left the familiarity of Carroll Street Chapel for the unknown of Southgate Baptist Church. It was a fairly new church group, that met in a former residence, located in South Nashville. They had added a large concrete block multipurpose room, on the back, that served as the sanctuary.

I learned that many of the members came from other area churches. It did not take long to realize that most had become unhappy with their previous churches, and came together to be unhappy under one roof. As with any church congregation, there were many wonderful members as well as, those that seemed impossible to please.

I was blessed to feel an immediate connection with the church pianist and her husband. Her sister and parents were also supportive. The church organist and several of the choir members took me under their wing and were very caring. 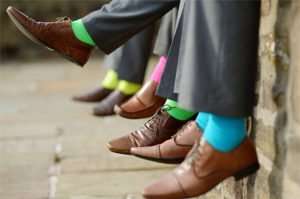 I never quite felt connected to the pastor, but still thought we had a good working relationship. It did not take long for me to begin hearing the snide remarks regarding his lack of fashion sense, and how he favored matching his socks with his dress shirts. Baby blue or yellow would often be peeking out from below the cuffs of his pants. I don’t remember the gift the church gave me that Christmas, but I clearly remember they purchased a suit, shirt, tie and even dark socks, for the pastor. Shortly thereafter, the church took a vote and let him go.

There were also grumblings about me from day one. It seemed one of the families in the church had a relation that they thought should have had my job. They had voiced their opinion on several occasions. They even accosted me after a service and blamed me for choosing the wrong invitational hymn when they had a friend visiting. They were sure he had felt the Lord’s call to join the church that morning, but changed his mind because of my poorly chosen closing hymn.

By this time, I had graduated from Belmont College and enrolled at O’More School of Design. The matriarch of the grumblers decided to pepper me with awkward questions and began by asking if I was married. I said: “No.” “So, you graduated high school and didn’t get married?” “No ma’am.” She continued with: “You graduated college and still didn’t marry?” Again, I replied: “No, ma’am.” She then looked me straight in the eye, with a knowing smile, as she asked her final question: “And now, (pause) you’re going to Interior Design School?” With a grunt, she turned and walked away before I could answer. 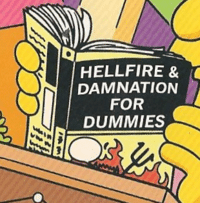 Guest preachers began appearing weekly trying to win favor. The one that was my downfall was a country, “hellfire and damnation” type. He began the service by asking everyone to hold their Bibles in the air. I, along with several of my choir members, had left our Bibles in the choir room. He glanced back at me and then said: “If you forgot your Bible, then hold up your hymnal.” Of course, I had my hymnal, but felt very awkward on the platform behind him and hesitated to raise it over my head. He then robustly said: “Now, shake it. Shake it in the face of the devil.” This type of preaching was so foreign to me that not only, did I feel out of place, I felt like a spotlight was shining on me. After the service, I walked to my car and found I had two flat tires on opposite sides. I might not have questioned one flat tire, but two had me wondering if it was the devil’s handiwork or one of the church members.

A few weeks later, I was informed that a vote would be taking place to decide if I should also be let go. As miserable as the experience had been, I was not ready to be fired. That Sunday morning, when I led the choir into the sanctuary, I was blown away by the attendance. There was not an empty seat in the room. The grumblers had been calling in favors and rounded up everyone they could think of to cast a vote. My dear parents came out to support me and sat close to the front. The outcome of the vote resulted in that being my last service at Southgate. The pianist and organist showed their support for me by resigning. I was told there were a few others that felt it was time, once again, to change churches. In spite of everything bad that had happened in my past, that was connected to a church, I still wanted/needed a church home.

A few weeks later, I received a call from Carroll Street Chapel’s newest pastor. He offered me the music director’s position and I gladly accepted.