My parents became members of First Baptist Church when we moved to Nashville in 1956. Like our church in Miami, First Baptist is located downtown and it’s congregation comes from all areas of the city.

Until I left for college, I was expected to be at church Sunday mornings for Sunday School and worship service and then return that evening for Training Union and another worship service. On Wednesday evenings, I would have choir practice and/or other activities through the years. Because so much time was spent at church, I became close friends with other members’ kids, even though we went to different schools and lived in different sections of town.

The last man from our church to abuse me came along when I was in my early teens. He learned my schedule – would often be waiting for me – then lead me to the men’s restroom, outside of the choir room, next to the old sanctuary. I knew he was married but it was many years later that I realized he had a son. A son who, at the age 30, I have since learned, was arrested on several counts of sexual battery for molesting young boys. Like father, like son 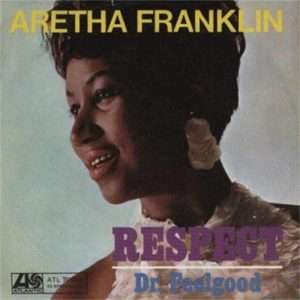 It was also around this time that my first “official” girlfriend entered my life. She was in the class ahead of me, and like 98% of the people I dated, she earned my father’s disapproval. I credit her for introducing me to Aretha Franklin’s, Respect, and on a church-sponsored hayride, educating me in the fine art of French kissing. However, our relationship was doomed from the start. She lived in another area of town, attended another school and I was too young to drive. Our only time together happened at church and her parents, unlike mine, didn’t insist she be there every time the doors opened. I can now admit that I was probably a very needy boyfriend, but by then, I had become accustomed to the special attention that I had received, over the years, from my seducers.

Our paths crossed again during my senior year of college. My two roommates had recently introduced me to my first gay bar and the realization that I was not the only one with those feelings. One night, as I lost myself on the dance floor, a stranger handed me a note that read: “Aren’t you Ron York?” My heart stopped. This world was so new to me and I wasn’t ready to be outed. But the note ended up being from my “French-kissing-girlfriend.”  She was there because her life had also headed in a different direction. Unfortunately, that was the last time that I saw her.

Once I had my driver’s license, I began dating another one of my church friends. She lived on the other side of town, and although my father worried about his 16-year-old son driving late at night, at least she met with his approval. Two of my friends from church, that attended high school with me and lived in our neighborhood, were also dating girls from our church that lived across town. The three of us, asked the three of them, to our high school prom – my first and last triple date. 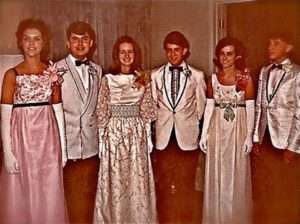 I reconnected with my prom date last year. It was just a couple of months before my book’s release and as we began to catch up on lost years, we found we had much more in common than we had ever realized. Her career path, in law enforcement and now, as a consultant, specializes in the subject of my book, child abuse. It was incredible to share my story with someone that knew and loved my family as well as, understood, and had the training, to know the effects sexual abuse can have on a child.