Frustrated Architect is how I have often described myself, and yet, I am neither. But I do have a love for design and architecture that goes back as far as I can remember. I think that it really began to blossom during my pre-teen years when my parents were seriously considering purchasing another home. Often our Sunday afternoons were spent checking out open houses. Eventually I would be the one reading the realtor ads in the Sunday paper each week and offering suggestions of which houses I thought we should go see. 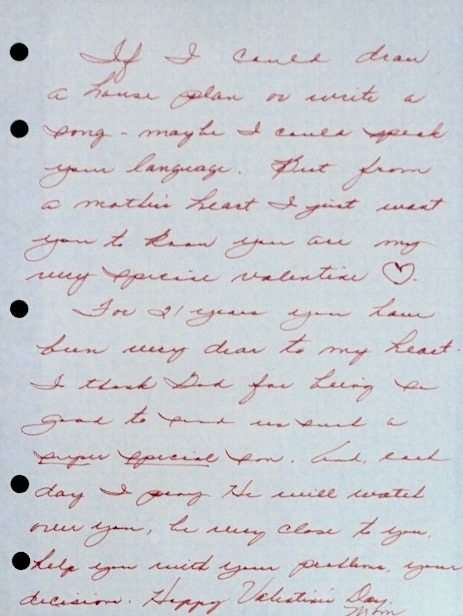 In the mid-sixties there was a great deal of residential building going on in our neighborhood of West Meade. Most designs were a variation of ranch style (one level, three bedroom, two bath, rec room over the garage) or spilt-level, where you entered on one level (that usually consisted of a living-dining room and kitchen) and then go up a half-flight of steps to bedrooms and down a half-flight to a family room. Plus there was the occasional split-foyer plan that entered into a foyer and immediately went up or down to the various rooms. There were also the traditional two-story plans that would have all of the bedrooms upstairs. I enjoyed seeing the options but would be thrilled when a builder would be a bit daring and offer a floor plan that you might not be able to figure out just by looking at the home’s exterior.

It was around this time that I discovered the joy of graph paper and began to draw my own floor plans. I can’t even imagine the number of reams of paper that I’ve gone through over the years, but to this day, you can still find a stack of graph paper by my chair at home and on my desk at work. More often than not, sketching plans is something that calms me and clears my mind.

In college, students were required to take a Bible course. I’ll admit there were times that I would zone out and be known to pull out my pad of graph paper to entertain myself. One day my professor stopped his lecture, looked at me and said: “Mr. York, I trust that you are designing a church right now, and if not, please stop.”

By my senior year of college, I had designed an addition to my parents home. That led a  family friend to hire me to design plans for two houses that could be built by a builder friend of hers for a new subdivision out of town.

Over the years I have designed numerous additions for clients and have had three homes built from my plans. One is outside of San Antonio and another in Destin. My Destin clients even sold a copy of their blueprints to someone wanting to build their own version of my plan in Alabama. The largest home built from my design is an 11,000 square foot Georgian residence in the Oak Hill area of Nashville.

When my mother stopped working and became one of the “ladies that lunch,” she would often be invited into some of the most spectacular residences in town. I would question her to find out about the houses, so much so, that she learned to make notes and sketch out the floor plan in preparation of my interrogation.

I still enjoy walking through construction sites and have even been known to leave an anonymous note offering suggestions if I have an idea of how the plan might be improved. There have been times that I’ve returned to the site and found my suggested ideas had been incorporated into the final design.

However, my most prized “plan” is a letter my mother wrote to me in 1974 on a now faded sheet of graph paper.

If I could draw a house plan or write a song – maybe I could speak your language. But from a mother’s heart I just want you to know you are my very special valentine.

For 21 years you have been very dear to my heart. I thank God for being so good to send us such a super special son. And, each day I pray He will watch over you, be very close to you, help you with your problems, your decisions.