CELEBRITY… a famous or well-known person

I’m famous. Let me repeat. I. Am. Famous. Famous like a celebrity or, heaven forbid, like a politician. I’m sure you are wondering how I came to this conclusion. The answer is: “I have acquired my very own internet-troll-stalker.” There is someone, or possibly two someones doing their best to take me down through my Amazon book page for Kept in the Dark.

Let me backtrack and tell you how I think this began. A while ago I received a two-star review from someone in a book club, where I spoke about my discovery and journey to publishing my first book, Kept in the Dark. I was not excited about the review but, believing everyone has a right to an opinion, I was accepting. I thought the review was respectful, although I did not agree with her comments and thought the two-star rating was a bit harsh.

Now, fast-forward to just a few days before the release of my second book, Songs from an Imperfect Life, when a second two-star review appeared for Kept in the Dark – one year after it’s release. This review was credited to “Allen” and began with Like a high school student writing. He thought that I did not do enough research, although I clearly stated in the book that I had researched and felt that I had found all that was available. He went on to say that the only thing I wrote was the introduction, which was false. And then he borrowed from the original two-star review the words “boring” and “trite.” He complained about things in my parents’ letters and said: Amateur writing and very self-centered people. And then “Allen” finished his tirade by saying: How could others ever trust him after he has betrayed his own parents?

I then noticed comments following his review from someone named “Sam” who agreed with “Allen’s” review and also felt I betrayed my parents just to publish a bad book. In looking closer, I realized that “Sam” had made hate-filled comments on some of my positive reviews. In fact, he made a total of 16 comments while his buddy “Allen” added six of his own, for a total of 22 negative comments about my book. 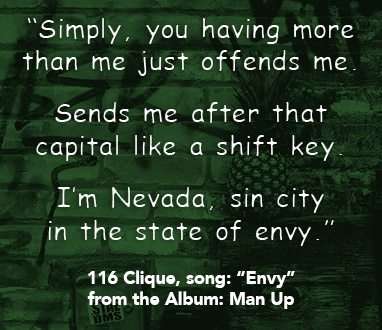 This book is about a son who destroys his parents. Terrible book. Poorly researched. Poorly written. Amateurish, self-published bore. Editing was dreadful. Why betray your parents by writing this dreadful book. Ever heard of the fourth commandment? So sad he had to betray his loving parents. Nobody could ever trust this guy. Of course he will write other books, all about himself. He threw his parents under the bus to get attention. Self-absorbed. Do not buy this filthy book. Kind of creepy. I put this book down, in the garbage. Great book on how to destroy your parents in order to gain attention for yourself. Hard to respect this writer after what he did to his parents. Stupid, not brave. So many of the other reviews must be friends or relatives or people he has power over because this is not 5-Star book.

The repetition of the comments was a bit staggering, with the overall theme being the so-called injustice that I had done to my parents. He then turned around and called my parents two uneducated people, which is untrue like many of the half-truths he spouted. Of course, I did find it humorous how he criticized my writing despite his own numerous grammatical errors and misspelled words.

Now this is where is gets confusing. “Allen” and “Sam” became “Marie” and “Shari” the day after my discovery. And the two-star review by “Allen/Shari” dropped to a one-star rating. Then “Marie” had a name change as well and became “George Ronald York,” which at that time I thought was a bastardized version of my own name to make it appear that “George Ronald York” was leaving hate-filled negative comments regarding Ron York’s Kept in the Dark.

Next, all but six comments were removed along with the review. However, a new one-star review appeared that not only trashed my writing but added something new. I don’t think this amateur writer can take a negative review like professional writers. Plus, the names were changed once again choosing “Hessam” and “Guy” (my father’s cohort in the story) and then “Guy” was changed to “Davidson.” Are you still with me?

Next came: The book makes the reader feel dirty or contaminated in some way. Something so evil about this family. I wonder if they are related to the serial killer, George Ronald York that was from Florida. As it turns out, York was a serial killer who was mentioned in Truman Capote’s book, In Cold Blood, because he sat on death row with the subjects in Capote’s story. I believe it was that comment that finally caused Amazon to take action and remove the review and all but two of the negative posts that by then were credited to “Don.” (At the time of this writing, all posts have been taken down.)

This is why I feel that I have moved into celebrity status. Clearly this is someone that knows me, or thinks that they know me, hates me so much, jealous of or simply just cray cray and is coming after me. So, if something happens to me in the near future, please tell the police to be looking for Allen Sam Marie Shari George Ronald York Hessam Guy Davidson Don as the culprit.