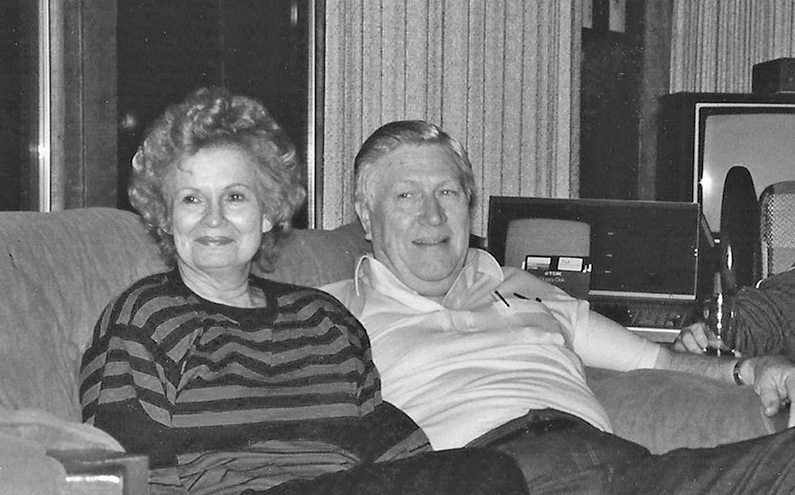 When my mother passed away, at the age of 58, my dad was lost. She was the love of his life – his rock. I never doubted their bond, or their connection, but after discovering what they went through in 1955-56, as chronicled in my memoir, Kept in the Dark, I finally saw that it was her strength and devotion that allowed him to carry on.

I was not sure if he would bounce back after her death. For a year, or more, he had difficulty carrying on a conversation without becoming emotional. He lost his appetite, which on an empty stomach, drinking would lead to drunkenness. Friends expressed concern to him and to me. Some even tried to set him up – not only was it too soon, but there was no way any woman could replace “his” Joyce.

Finally, he began to pull himself out of his depression, as he put all of his efforts into work and church. Maybe it was not the perfect solution, but at least, he started living again. 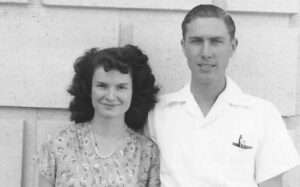 Watching what my dad was going through inspired me to write a song for him. I went into the studio and recorded a simple voice and piano track, that I played for him a year after my mother’s passing. With tears in his eyes, he told me that I had perfectly captured his feelings.

Recently, I have been working on the followup to my book and have infused my stories with lyrics from past songs. I decided to make new recordings of several and started with my father’s song. Comparing the two recordings, 30 years apart, the first difference I heard was in my voice. I think I sound every bit of the 64-year-old that I am. But then I realized, I am now the age that my father was when I first played this song for him. To me, it almost feels/sounds as if he is singing it through me.

The new version turned out to be slower and more deliberate, unlike the one from 30-plus years ago. It has accents of strings and oboe as well as, my own backup vocals. Regardless of the changes, the message is still the same. I’ve attached the recording for you to listen to – allowing you to take a peek into my father’s life, after his world seemed to have come to an end.

I THANK THE LORD FOR THE MEMORIES
for my father

Well, the old friends check on me, and I say I’m doing fine.
They say, it’s gonna be alright, it’s just gonna take some time.
Well, I guess I’m glad they worry, now that I’m all alone,
but with all their good intentions, silence echoes through our home.

After all the years together, I’m left with a broken heart,
We said for richer or poorer, in sickness and health,
Till death, till death due us part.

Well, the old friends say there’s someone, I want you to know.
You’ve got so much in common, give it a try, well, who knows?
But there could never be another, in this world to take your place,
So, I silently wait, until the time, once again, I’ll see your face.

Well, I thank the Lord for the memories, of the years, both good and bad,
A lifetime spent, just loving you, well old friends envied what we had.
And I’ll take those years of memories, we shared as husband and wife,
And lock them away, down deep in my heart,
As they carry me through, the rest of my life.

I Thank The Lord For The Memories