A letter has been floating around for years in a box of items from my family home. It is without an envelope and as been folded over twice with “Bob” written on the fold in my mother’s handwriting. I remember opening it but never reading past the greeting of “Dearest Bob.” Of course, I assumed it was a letter to my father from my mother – but I now know that I was wrong.

I finally read the letter last week and quickly realized that it was not written to “Bob” my father but to “Bob,” my cousin Robert – who my father was accused of molesting when he was a 13-year-old Boy Scout in my father’s troop. My mother was reaching out by trying to comfort her estranged nephew. The date of the letter is April 26, 1982 and appears to have been written at the time of my aunt Betty’s funeral. However, through my earlier research, I thought 1981 was the year she had passed away. And I knew she had lived in Miami and my cousin had lived in Tampa and yet, the La Quinta Inn stationary had an address of Tallahassee, Florida.

I quickly began searching again for Betty Broadway Morrison, but this time in Tallahassee and found her obituary of April 23, 1982. It also gave me links to the obituaries of my late uncle, Buddy, as well as their son, my cousin Robert. Each obituary provided photos which is even more meaningful by the fact that I had not had contact with this branch of my family since early childhood.

I have a very difficult time saying the things on my heart but hope you can read between the lines.

For me, this is such a sad occasion but with joy also in that I could see you. Betty would be pleased to have those she loved so very much together. She loved you deeply and had a fierce loyalty to those she loved.

How proud she was of you and how much she loved you. And I know she loved me – for this I am grateful.

Her death is a loss so tremendous that we cannot fully realize yet. I will miss her more that you know. She touched many lives as evidenced by the people tonight – touched them in various ways but good and meaningful ways, leaving an impact that will remain with each one of us.

I know my tears and heartbreak are selfishness because I will miss her so much. For Betty, there can only be joy because now she is at peace – no more sorrow, loneliness or heartbreak.

I do not want to push myself on you but do hope we can keep in touch. I hope you know that I love you very much and if ever I can do anything, you will call on me. It would be my privilege.

My prayer is that God will comfort you and give you a rich, full life. 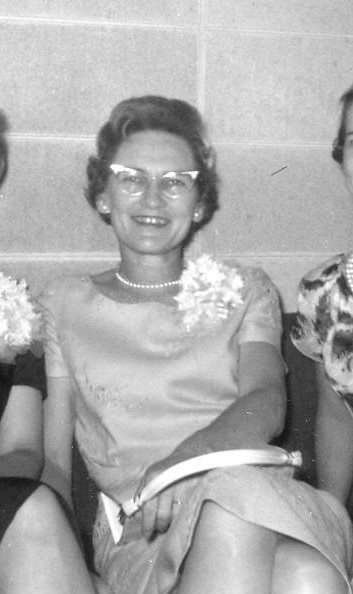 I will never know the whole story but by my mother still having this letter, I can only assume that either she never gave it to my cousin, or that he refused it and handed it back to her. From speaking with his widow, I learned my cousin “Bob” drank, was troubled, and that seven years after this letter was written, took his own life.