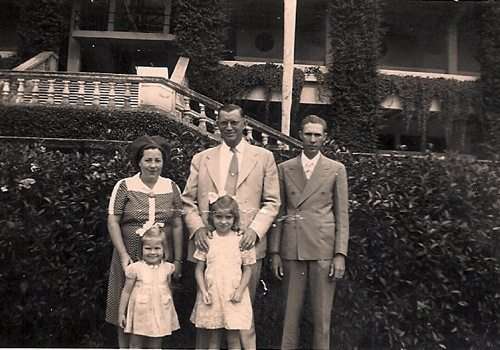 My grandfather York was a man of few words. So much so, that just trying to carry on a conversation with him could often be difficult. I still laugh at my mother’s words, in a letter to my dad dated December 2, 1955. She wrote: “Well honey, your Daddy arrived this morning. We are really have a great time doing nothing. He is driving me insane doing nothing. We just sit here and look at each other.”

My step-grandmother and my dad remembered the “man of few words” telling his 8-year-old son: “She is your mother now and you better listen and do everything she says… or else.” And yet, Helen was not his mother and there would always be friction between them until the day she died.

My father would laugh as he recalled his stepmother getting in trouble with his dad. He said on more than one occasion, my grandfather would tell her: “Shut up, you old heifer.”

I have my dad’s journal, from 1937, when he was fourteen turning fifteen. At that time they lived in Birmingham, Alabama. The entries are short and often mention seeing a movie, listening to the radio or that it was raining. However, the most consistent comments concern his father, who worked with Western Union and traveled often. 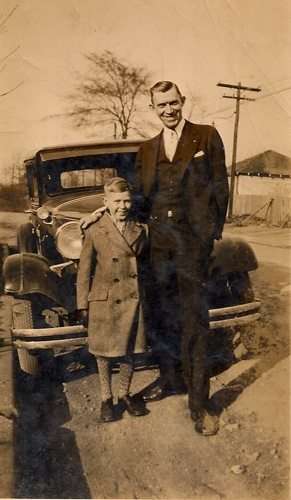 On the 3rd of January, my dad wrote: “Daddy left for Mobile.” Then on the 6th: “Daddy wired tonight.” On January 20th: “Daddy gone to Fla.” And then the heartbreaking lines that followed day after day until the end of the year said: “Daddy still gone.”

Twenty years later, on March 12, 1957, my dad wrote to my mother, from his self-imposed exile in Charleston, after the Miami trial: “I don’t guess you ever stopped to think about it, but you know, I feel like you and Ron are the only two people in all this world who I can feel completely love me. I know that there may be others who have sympathy and who maybe think kindly of me because of you, but I really feel that not even Daddy has the same sort of love that he once had.”

My grandfather, the “Man of few words,” passed away in 1974. I flew to Florida to join my family and to sing at his funeral.