Downtown Nashville, in the 1950s and 1960s, was much different than the landscape of today.  I remember residential being limited to only a few apartment buildings, however, some people chose to live in the aging hotels such as, the Sam Davis, Savoy and Hermitage. Eventually, two high-rise apartment buildings, Capitol Towers and Metro Manor, came on the scene in the early 1960s. What our downtown did have, was a thriving shopping district. Now, more than 50 years later, apartments and condos are everywhere but the downtown of today is severely lacking in shopping conveniences.

My childhood summers were often spent going to work with my mom where by mid-morning, I’d walk a few short blocks over to Church Street and spend my days going to movies and rummaging through department stores. You could find three large locally-owned departments stores in a four-block stretch including Cain-Sloan, Harvey’s and Castner-Knott. There was also a W.T. Grant store with the upper floors housing Watkins College of Art – where, years later, I  served on their Board of Trustees.  Furniture stores, like Payne’s and Percy Cohen could be found on 3rd Avenue as well as, others, like Sterchi’s, Beesley’s and Harley-Holt, a couple of blocks over on Broadway. 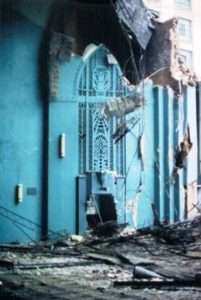 There were assorted movie houses on Church Street including the largest, the Tennessee Theatre, in a wonderful Art Deco building. With over 2,000 seats, it was a grand place until its demise in 1980. The most unique theatre was the Lowe’s Vendome.  It had originally been an opera house with 1,600 seats, two balconies and 16 orchestra boxes. Unfortunately, it burned in 1967 and Lowe’s took over the less architecturally interesting Crescent Theatre. At only 850 seats, it was one of the smallest theatres although it could boast the widescreen “Cinerama” craze that was taking place.

The Knickerbocker Theatre was a few doors off Church Street and had entrances on both 6th Avenue and Capitol Parkway. I can only remember going there a couple of times before it closed in 1961. 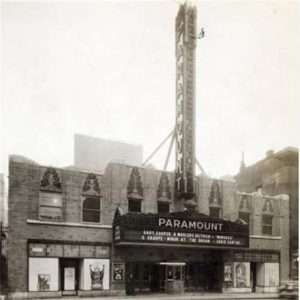 The most memorable theatre for me was the Paramount. I thought it was unique because you entered on the balcony level and walked down a wide staircase to the main level. It was the second largest downtown theatre with 2,000 seats. One of the things I distinctly remember was the ironwork over the exit doors on each side of the screen. There were nude, oversized, female statues perched on ledges above the exits in front of the decorative grill. In 1965, the Paramount hosted a screening of the Billy Graham film, The Restless Ones. I remember several things about that event. The most comical thing being they draped the nude statues for fear someone would be offended. But as I sat there, at age 13, with my parents, in a theatre full of “fine-Christian-folk,” watching a Billy Graham film, I thought about the dozens of times I was molested in that very same theatre over a period of several summers.

I did not know the names of the men at the time, but as I got older, I would see a few in the paper or at a charity fundraiser and learned they were married men with respectable jobs and families. In fact, just recently, I served on a committee with the daughter of one of my abusers. And even though her father is now deceased, I knew nothing would be gained by telling her about her dad’s involvement in my fractured childhood.