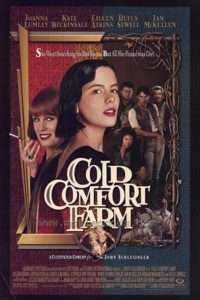 Cold Comfort Farm is a quirky British film from 1995. One of the older characters has not been able to move on with her life because, as a child, she saw “something nasty in the woodshed.” This is an ongoing line that many of the other characters say along with her since they have heard it over and over again. Although it is perceived as comical in the film, many children have seen, witnessed or been involved with a nastiness that lingers throughout their lives.

Personally, I had kept my secret of being molested as a child to myself for over 50 years. However, I realized that by choosing to reveal the 1955 charge against my father in my book, I had the responsibility to include details from my own past. Somehow, I have gone from hiding my secrets to talking about it daily. I am sure there are some that feel I should just shut up.

I am only aware of two negative responses, so far, in a vast sea of positive feedback about my book. Since you can’t pleased everyone, I’m sure there may be other negative opinions that have not been voiced to me. The first came directly during an event where I showed art from my gallery along with a book display. Someone that knew my father came through and had read the interview in The Tennessean revealing his crime. She clearly had formed an opinion from that one thing. She told me she couldn’t understand why I would write this book. It put me on the defensive and I snapped back with: “ And I don’t know why I wouldn’t.” She stared at me for a moment and then turned and walked off. I wish I had just suggested that she read the book as there is so much more to the story.

The second response came to me by word of mouth, therefore I may not have the entire conversation. Someone passed my book along to a friend – the mother of one of my childhood friends. We were all members of the same church during my youth. Supposedly, she said that she wished I had not written the book – that she didn’t need to know the truth about my father’s crime. My first thought in hearing that was to wonder why she focused on my father and not the fact that I, the same age as her son, had been molested through the years, by three different men, within the same church her family attended. I would have thought a mother in that situation would have immediately become alarmed. Of course, maybe she was and by lashing out at my father’s past was her way of dealing with the news. 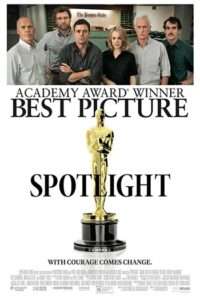 I recently found an explanation for the word overshare – “reveal an inappropriate amount of detail about one’s personal life.” Anyone on social media these days has witnessed oversharing. I have friends that every post is political and those that focus on every meal, health issues or grandchildren. In the next couple of blogs, I plan to overshare. I am giving you an advanced warning.

As I have said in a previous blog, it was the movie, Spotlight, that caused me to face my past and finally open the box that revealed my father’s past. The movie is about the sexual abuse coverup within the Catholic church – something that can be found within many organizations. My abuse may have begun within our downtown church but it moved  beyond religion and continued just a few blocks away.