And Then There Were None Part 3 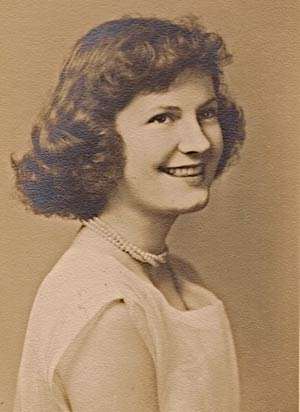 She was born, Barbara Ann Broadway, but to me, she was always, Bobbye. She was the youngest of the Broadway girls (only 15 years older than me), and lived to be the oldest.

Bobbye married at a young age and, she and my uncle Bill, had two wonderful children. My cousins, Karen and Mike, have been so supportive of my book, after all, it’s the story of their aunts and uncles, and their grandmother. Karen drove up from Georgia to be at my initial book launch last January. Then she, along with her family, and my cousin, Mike, stopped by when I had a book signing in Chattanooga.

Bobbye and Bill lived from one end of the United States, to the other. When I was a child, they lived in Nashville and my uncle Bill worked at Independent Life and Accident Insurance Company with my dad. I remember staying with them on occasion, and I also remember, visiting them when they lived in Louisville. Bobbye flew me to New Hampshire, when they moved there, to help decorate their home. I regret never having the chance to visit them when they returned to Miami, or when they lived in the Pacific Northwest. However, Bobbye, always kept in touch.

She was good about calling and our conversations were alive with laughter. Bobbye would always tell me that she and I had the same quirky sense of humor, although, I know, her’s was much sweeter.

When I was in college and singing with the Chorale, our touring group, we would often perform a secular concert, after one of our more serious performances. One of the girls in the group, and I, would sing the duet, Sisters, from the movie, White Christmas. I would slip on a dress and wig and we would enter with open umbrellas hiding our faces. Of course, once we starting singing and dropped the umbrellas, the room would break out into laughter at the joke. I remember my mother’s comment, the first time she saw my “drag” performance – she told me that I looked so much like her sister, my aunt, Bobbye. And I did!

I shared with you last week, that my mother and Bobbye, were left to divide and settle my grandmother’s estate. My mother treasured the items from her childhood home and proudly displayed them throughout our home. After my mother passed away, Bobbye asked me for a couple of things that I wasn’t ready to part with. My grandmother had a pair of delicate silver filagree pins accented with a small amethyst. My mother wore those pins and because of that, they were special to me. Bobbye asked me to give the pins to her and I said no. She commented that clearly I was never going to marry, so why would I want to keep them? I know now, she did not say or mean for that to be hurtful. But at the time, I overreacted and told her that they had been my grandmother’s, and then my mother’s, and that meant something to me. I told her that I planned to keep them, even if they stayed in their box the rest of my life.

I always regretted my words and tone and wish so much that I had apologized, before it was too late. But true to my word, those pins have remained boxed, since my mother’s death, 32 years ago. However, today, I put them in the mail to Bobbye’s daughter, my cousin Karen, in hopes that she and/or her daughters, will enjoy wearing them. I can only pray that Bobbye is looking down on me, smiling.